on November 13, 2019
Sipsmith was one of the UK's first craft gin brands, but by 2019 faced stiff competition and needed to reassert its credentials.
I wrote an endline, 'We make gin, not compromises', which crystallised their attitude. Then, we set about making their first ever advert...
Our idea was to make an advert the same way Sipsmith makes gin: with meticulous dedication to craft. So we worked with director Jeff Low and the production team behind Fantastic Mr Fox and Isle of Dogs to create a lushly detailed stop-frame animated epic bringing to life their lovably vain mascot Mr Swan (voiced by Julian Barratt.) It became Ogilvy's most-awarded work for 2019-20, bolstered Sipsmith's credentials in a crowded UK market and helped open up international expansion for the brand.

An extra shot for social:

The inimitable Mr Swan picked up two bronze lions at Cannes, a graphite pencil at D&AD, gold at LIA, two golds and a silver at Kinsale, as well as some splendid industry reviews. Cheers! 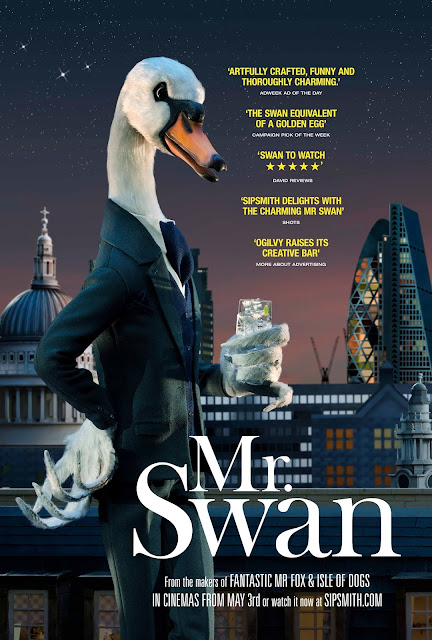